Waiter tipped $500 for act of kindness 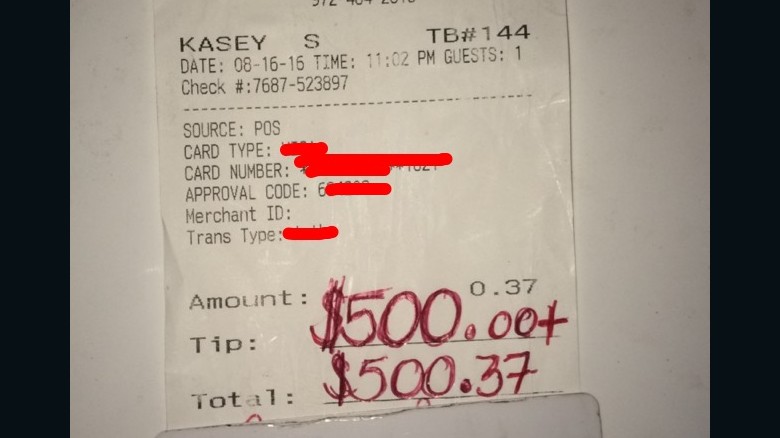 But Tuesday, the 32-year-old waiter was the one beaming.

A customer at the Dallas-area Applebee's restaurant where he works left him an unforgettable tip.
"They ordered the cheapest thing on the menu," Simmons said. "Flavored water."
The total bill was $0.37. The tip was $500.
A note, written on a napkin explained why. 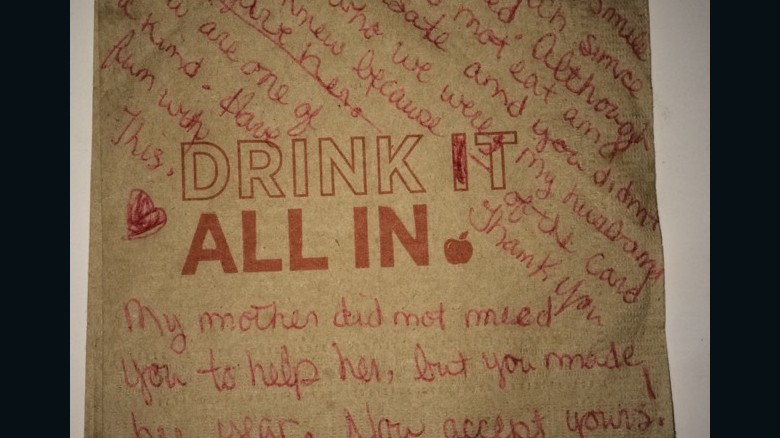 A day earlier, Simmons was shopping at his local grocery store.
In the checkout line, he noticed another shopper,
an older woman who was clearly despondent.
Other shoppers passed right by her. Simmons did not.
He spoke to the woman. She didn't explain why she was sad,
but Simmons lifted her spirits and even paid for her groceries.
"It was only $17, but it's not about the money," he said.
"It's about showing someone you care."
The tip at the restaurant apparently came from the woman's grateful daughter.
The note on the napkin described the mother's anguish
as she tried to go about her normal activities on what was the third anniversary of her husband's death.
Simmons choked up as he read the message out loud.
"On one of the most depressing days of the year ... you made my mother's day wonderful," the note said.
"You insisted on paying. Told her she is a very beautiful woman.
I have not seen this woman smile this much since dad died."
Simmons' kindness made a difference, and the daughter wanted to let him know.
But she did not let him know the woman's name.
For now, he can only wonder and keep smiling,
knowing that his simple gesture made a priceless impact.
文章來源http://edition.cnn.com/2016/08/19/living/iyw-waiter-tipped-big-for-kindness/
grocery store 雜貨店